What do we mean by Swartham Sath Sangam !

The one which gives betterment or benefit to living beings is known as Swartham, all time betterment to human birth is MOKSHA.(relieving from all pains ) Under this subject SWARTHAM, mean as a requirement of every human.

In general, people run behind name, fame & prosperity, as a false understanding about Swartham and their every single toil is towards world’s sophisticated way of life. This is big blunder. 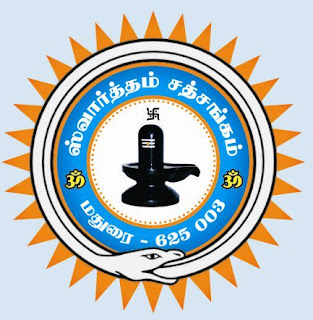 Swartham’s meaning is overlapped by many myth’s instead of its original holiness. Incarnation as human is not to earn name & fame but to attain moksha, being human the only creation of god with sixth sense.   Such knowledge of moksha cannot be realised by animals having five senses, only human can attain this using his body, mind and indriyas, and has the eligibility to achieve & reach various heights of holy enlightenment.


His highness has explained one should use his human body as a ferry to sail across the ocean called sorrow & distress.


The prudent will use his human birth for attaining moksha.


Crushing ego is the way to moksha. The first achievement one should achieve is to keep away ego. Earth’s & its creature’s every single action is known to almighty, by the way god witnesses our actions too.


Presently there is no one in this world who has learnt & realised yoga & spirituality completely viewing the shore. Only very few are trying to do so & many of us has no idea on it.


In a common family life, family heads use to earn money & keep on fulfilling their wards/parents desires, work only for their family’s enrichment until retirement, but does nothing for them.

Such person should learn & practice YOGAM (yoga) in due course during their working lifespan and be benefited towards cause of this birth (realising the god within).

Because practicing YOGAM (yoga) as early as possible paves a quicker way to reach moksha( reliving from all pains), entering at later stage of life, human brain has abandon thought getting registered in mind, which becomes difficult to erase, thereby making ourselves a pure obstacle towards spirituality. Hence practice YOGAM at early stage of life and be a part of eternal happiness.


Uniting such people who are learning, teaching and having a will to learn YOGAM and lead a principled way of life is known as swartham sath sang. This is the meaning of SWARTHAM SATH SANGAM.
Posted by swartham sathsangam at 12:51 AM