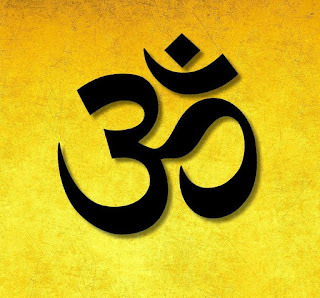 Pranavam in nothing but the OM which is the voice, language & speech of God. God resides within pravana & reveals himself from that as OM.

Om is a sound / mantra existing in universe & every living being.


A belief exists that Om arose when world is created, the very first vibration appeared, Om waves/movements was formed beyond which living beings were produced.


For such movements to happen there need to be direction, direction creator is God. While only in his direction, Om sound is formed/raised. This Om tone is heard everywhere.

Every animal is hearing this sound, by realising that sound’s(OM) variation in radiation, they safeguard themselves from natural calamities such as rain(cyclone), earthquake as a precaution/prevention.


Om is not in a static form but is in kinetic form which is in movement/sounding always and everywhere. Every atom of this universe has this vibration of OM within, out of which creation and renovation happens in the form of sound wave/movement at every moment. When this Om sound stops or becomes static which would not only stop spinning & revolving of this earth but also seizes the universe action, will become action-less. Growth of even herbs & plants are stopped.

It separates the water atom into two (i.e., H2O hydrogen & oxygen) different ions. Universes existing in this space/galaxy will detach from their places, their figure would be deshaped/deformed. Such results could be revealed scientifically at present scenario of development what science/research world is experiencing. With nothing as existence this universe would come to a state of Soonyam(சூன்யம்)i.e., Nothingness.


Even witnessing these happenings become remote as there will be no living being alive.


When it is even important for a plant to grow and reform its shape day by day through its metabolic functions which can be performed even in the absence of water & fertilizers but only in presence/existence of OM vibration around them. Hence OM has become the most wanted/needed requirement of our better existence or survival as human in this incarnation on this beautiful world. For us to grow further & better, let us keep on pronouncing the word OM, the divine wisdom when & wherever possible in our life span.

Translated and edited by
N.Ramesh
(VOICE OF PATHANJALI)